Irish Golfer magazine described the Newlands event to a tee when they wrote
"The Dublin club hosted a full PGA Pro-Am for the first time since 1997 and it's safe to say they served up a classic.
On a drametic day in Newlands Golf Club it was three of the best as Michal McGeady, Sean O'Donoghue and Richard Kilpatrick were locked together at the top of the leaderboard at the Ballymore Newlands Pro-Am"

It was a spectacular day at the club - the sun shone, the car park overflowed onto the grass and the buzz was electric. The pros and amateurs mingled and chatted as old friends, including our very own Karl O'Donnell, met again in Newlands. The three afore-mentioned pros each shot a masterful 67 to share the top prize.

Back 9 winners with a score of 48 pts (34 on last 6) were Lee cambell (Royal County Down GC), Michael Stanley, Fergal Scollard & Gavin Whelan

Newlands would like to sincerely thank Ballymore for their very generous sponsorship of our first Pro-Am in 25 years and to our alum Peter Lawrie for his support of the event. Thanks also to Pat Heslin of Retail Integration for his prize sponsrship.

Conratulations to President Richard, Captains Bernie & Paul and our Pro Brian Cosgrove for their commitment and drive to deliver such a  magnificent event.
Thank you also to the many volunteers who worked tirelessly to make the event a credit to our club.

Photos of Prize Presentation followed by Players on Course 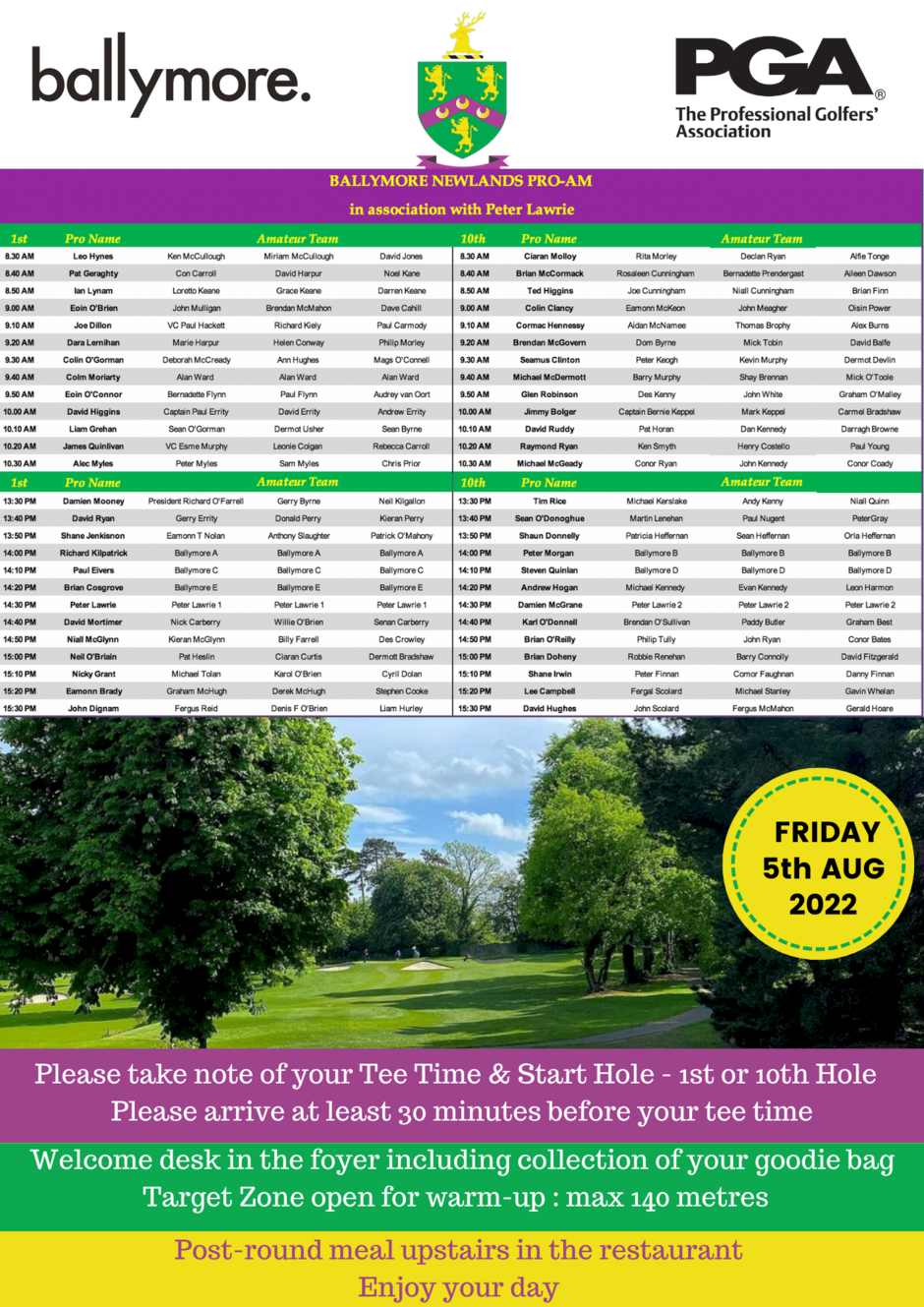 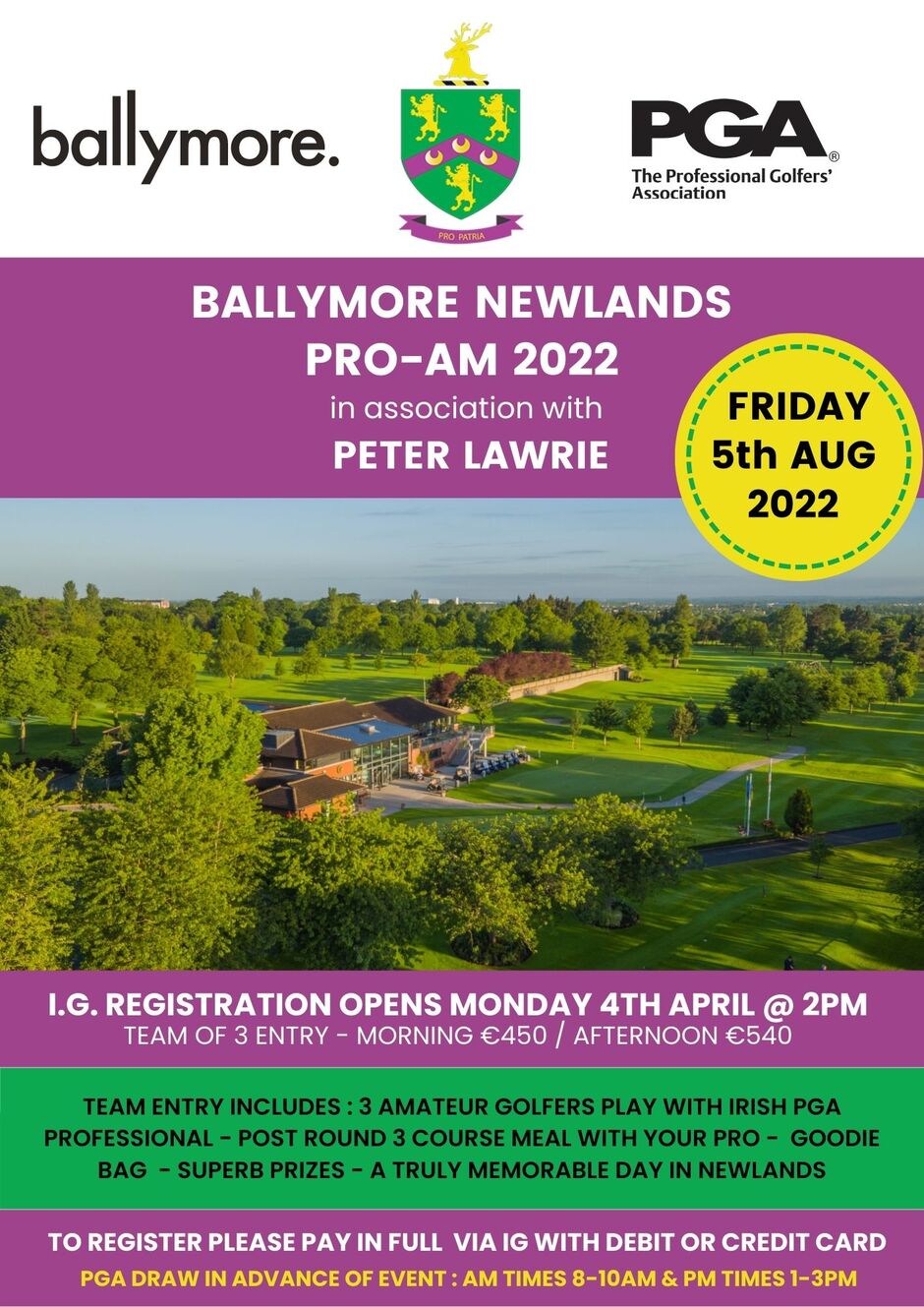